Labour MEPs: Engagement with Iran and Russia is key to ending Syria war 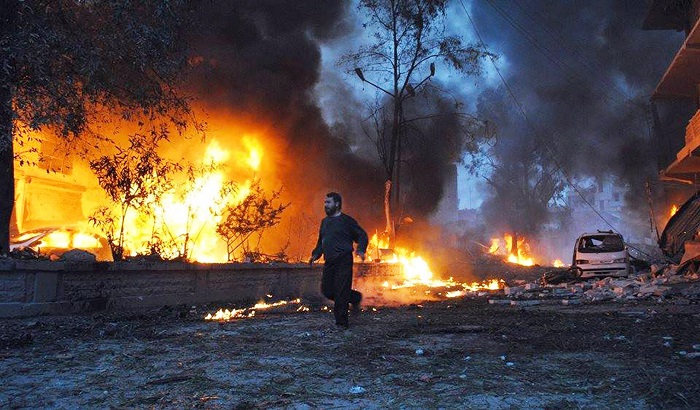 Labour MEPs today said diplomatic engagement with Iran and Russia will be the key to ending the war in Syria.

"I went to Tehran with the Foreign Affairs Committee on the nuclear talks and I have taken on the Rapporteurship on Iran, because I believe in the power of diplomacy. However difficult it may seem, that must apply to Russia too."

"What are the fundamental principles that must guide our action?

"That there must be political transition in Syria - to end the situation as it is today, but not to return to the one as it was yesterday. That there is less rather than more consensus over an alternative future, and that this should urgently inform our discussions.

"That an imperfect and painful political solution which genuinely sought to be inclusive was ultimately possible in Iraq, and must be in Syria too. That there is no purely military solution to this war. That there is a common foe in terrorism, so let there be an honest debate on how it can be combatted and genuine common efforts to do so.

"That civilians are being endangered, when all efforts should be towards their protection.

"My own party supports the creation of humanitarian zones or safe havens, fully protected under what we propose to be a Chapter VII resolution of the UN Security Council.

"European action, most of all, should be guided by the principle that there is no solution in Syria, which is not a solution in the region as a whole."

"The crisis in Syria is the root of two of the most serious global problems right now:  the refugee crisis and the threat posed by ISIS.

"Russia's latest moves in Syria are not helpful and are likely to lead to more and prolonged suffering of the Syrian people.

"The international community urgently needs a policy in place which stems the killing in Syria, which is largely a result of the Assad regime; combats the extremism of ISIS; and lays the groundwork for a political solution.

"Engagement with Iran and Russia will need to part of this process.

"Establishing a no-fly zone in Syria is that first step to turning the crisis around and the only policy that will save lives and move towards a political solution."