Education of refugee children must not be forgotten as EU seeks solution to crisis, warns senior Euro-MP 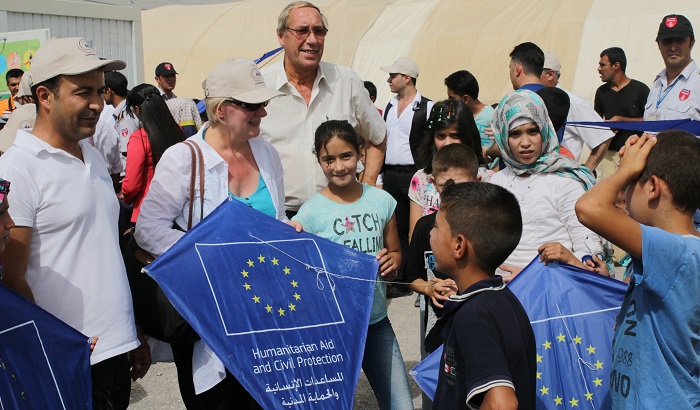 Education for the children and young people currently in refugee camps must not be forgotten, a senior MEP warned as EU leaders sought agreement today on a Europe-wide refugee relocation and resettlement plan.

"The European Union and national governments must urgently fulfil the funding pledges they have made and put education at the heart of their response. Offering hope to those suffering in the camps now must play a role in tackling this crisis.

"Faced with an unprecedented humanitarian crisis and levels of displacement not seen since the Second World War, increased funding to support the refugees in the countries neighbouring Syria is urgently needed.

"I recently visited refugee camps in Turkey, and have seen first-hand how vital this aid is. The numbers are simply staggering - almost two million, including many children.

"Turkey has done an incredible job providing shelter, food and healthcare in this emergency situation. But many of the refugees have now been here for three years or more and we need to turn our attention to their longer term needs such as schooling for children and employment/income.

"The EU is a major donor in the region and we need to look at what more we can do to help."

The total contribution of the EU and Member States to the neighbouring countries since the start of the Syria crisis is €4 billion (£2.9bn). However, UN agencies in the region have so far only received 37 per cent of funding needed to meet their commitments, leading to cutbacks in aid for refugees in that region.

"We are prioritising this issue and raising it with the European Commission, and have called for an additional €26 million for the budget for education in refugee camps.

"For the Syria Regional Response Plan we are calling for the EU and all governments to meet the funding pledges they have made and for education to be prioritised.

"Urgent solutions are needed, and all governments must get behind this call as one key part of a joined-up and collective response."