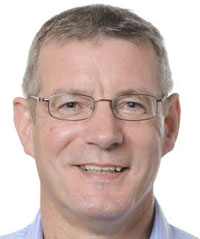 David is a member of the European Parliament international trade committee, foreign affaris committee, and human rights committee. David is the UK’s longest serving MEP. He was was educated at Liberton High School and Heriot-Watt University where he was awarded a BA (Hons) in Economics and has an MA in European Management and Employment Law from the University of Leicester. He has been a guest lecturer on the course 'Europe After The Cold War: The Politics of the European Union' at the University of Glasgow.

David has been an MEP since 1984, during which he was vice chair of the Socialist Group (1987-88); vice president of the European Parliament (1989-2004); EPLP leader (1987-88); and latterly senior EP vice president with special responsibility for relations with national parliaments and parliaments of constitutional regional assemblies like the Scottish Parliament. He is a member of the European Parliament Committee on International Trade, a member of the Committee on Human Rights, a member on the Constitutional Affairs Committee, and a delegate to the ACP-EU Joint Parliamentary Assembly. David has authored more than 30 reports including the parliamentary reports on the Maastricht and Amsterdam Treaties.

David is a former Lothian regional councillor, stockbroker’s assistant and animal rights campaigner. He is a member of the UNITE and GMB trades unions, and the Co-op Party. His leisure interests are sport and reading.