Tory MEPs have continually voted against EU laws to tackle tax dodging - will Cameron now make them back action? 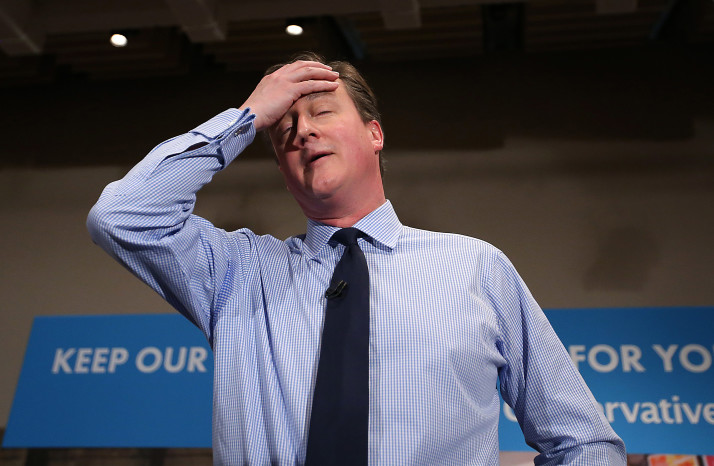 Labour MEPs are calling on David Cameron to start making amends for his tax troubles by ensuring his Euro-MPs do not keep voting against EU action to tackle tax avoidance.

Labour MEPs are calling on David Cameron to start making amends for his tax troubles by ensuring his Euro-MPs do not keep voting against EU action to tackle tax avoidance.

The European Commission will announce its proposals on public tax transparency tomorrow, and is set to call for country-by-country reporting (CBC-R) on tax matters to be made public. CBC-R was among the proposals contained in a Labour report (backed by the European Parliament) which Tory MEPs voted against last year.

Conservative MEPs have repeatedly failed to support EU action, and the prime minister himself and UK government have continually blocked stronger EU measures at meetings of European leaders.

"David Cameron only has himself to blame for the troubles he now finds himself in. He has been slippery and evasive from the off.

"However, he can begin to make amends by backing up his rhetoric on tackling tax dodging with firm action, at national and EU level - starting with his own MEPs, who, along with UKIP, have continually voted against stronger European measures, such as country-by-country reporting.

"Does the prime minister believe multinational companies in Europe should publish information on their profits, taxes and activities in every country in which they operate? Does he believe we need to take action against tax havens like Panama, by agreeing a common definition and applying sanctions against those companies which make use of them?

"Labour has long been pushing for measures like these, and will continue to do so. Words are cheap - it's time for Mr Cameron and his MEPs to stop blocking and start backing stronger action."