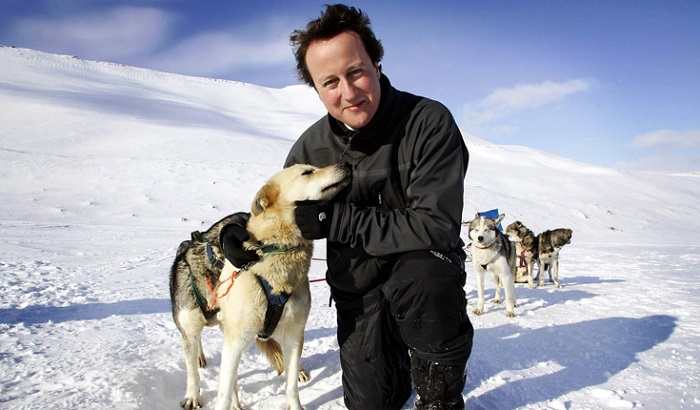 David Cameron should stop caving in to the views of climate change sceptics on the Tory backbenches and take urgent action to meet its targets on renewables, Labour MEPs warned today.

Vice-President for Energy Union, Maroš Šefčovič, presented the European Commission's first 'State of the Energy Union' report to the European Parliament today, which criticised the government for falling behind other EU countries on renewable energy, energy efficiency savings and electricity infrastructure.

The report says the UK is failing to hit a 2013 interim target for renewable energy and is in serious danger of failing to meet binding 2020 targets, and "needs to assess whether their policies and tools are sufficient and effective in meeting their renewable energy objectives".

"If properly implemented, the Energy Union Strategy will benefit all EU Member States, as well as citizens who are playing a key part in the energy transition and crucially need to be placed centre stage.

"I highly welcome the first State of the Energy Union Report published by the Commission last week as I am particularly worried by the current situation in the UK.

"The State of the Energy Union highlights that the UK is failing to hit a 2013 interim target for renewable energy and is in serious danger of failing to meet the binding 2020 target. This is really unacceptable."

The report also highlights the UK’s need to further decrease energy consumption, and highlighted how it is falling behind other EU states in regard to electricity infrastructure, which would lead to lower energy bills and greater security.

"The report also rightly claims that the UK 'needs to assess whether their policies and tools are sufficient and effective in meeting their renewable energy objectives'. I am sure I am not alone in thinking that currently they are not.

"The UK government urgently needs to modify its strategy and develop policy measures to promote energy efficiency and renewables. This is precisely what the Energy Union is about: building a new, clean and secure energy system which is affordable to all EU citizens"

The Commission’s doubts over the ability of the UK to meet renewable energy targets comes ahead of next week's UN climate change conference in Paris, and follows revelations the government gives the fossil-fuel industry almost £6 billion a year in subsidies - almost twice the financial support for renewable energy providers.

"The costs of the UK's over-reliance on fossil fuels are unsustainable, yet the government has not grasped this reality and has consistently failed to back the UK’s renewable energy market.

"This government has scrapped subsidies for onshore wind, solar and other renewable sources, putting us behind international competitors on the most secure, clean and economically viable source of energy on earth.

"The litany of wasted opportunities and a willingness to concede ground to narrow-minded climate change-sceptics on the Tory backbenches has pushed this government to the fringes of the environmental debate.

"David Cameron came to power vowing to lead the 'Greenest Government Ever', yet his record in office has been anything but."