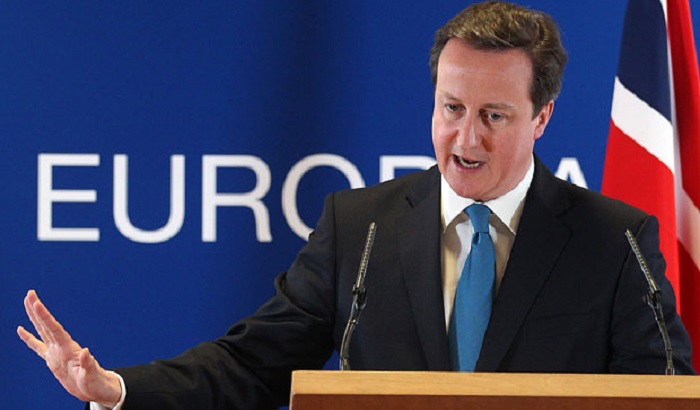 The prime minister has been too preoccupied with keeping his backbenchers happy to truly focus on reform, writes Glenis Willmott MEP.

European leaders will gather in Brussels tonight to talk about the UK referendum on the EU, waiting with bated breath for David Cameron to unveil his renegotiation demands. Or not.

But in many ways, as debates on the refugee crisis and eurozone take centre stage at the summit, the real story is not what he does or doesn’t achieve, but his failure to lead on those big challenges and articulate his vision of what the European Union should look like.

The prime minister has been too busy worrying about keeping his backbenchers happy, instead of worrying about the big challenges facing Europe today. He has failed to focus on what really matters, what people actually want him to do, on issues where European action can make a difference to people’s lives.

Rather than using his negotiations as a tactic to keep his party united (for now), Cameron should be acting in the best interests of the country, and that means making the case for a positive reform agenda, and campaigning for Britain to remain in the EU right now.

Labour, on the other hand, has been making the progressive case for the EU, working in the European Parliament, working with our centre-left allies and fighting hard to advance the interests of constituents.

Yes, we want to see change in Europe, but change that actually benefits people, changes like protecting our NHS from EU competition law; reform of the EU budget to focus on innovation, research and technology; completing the digital single market to bring trade and jobs to Britain; reforming the Common Agricultural Policy (CAP); and protecting and enhancing workers’ rights.

Labour MEPs are working hard in the here and now on those issues – on the EU budget, we’re seeking to refocus it away from wasteful, inefficient areas like CAP and toward areas conducive to jobs and growth; on the NHS, we have been working to ensure our public services are protected in trade deals; and on workers’ rights, we have been leading efforts in the European Parliament to demand EU action on zero-hours contracts.

On the refugee crisis, we are working to ensure the EU delivers its emergency relocation mechanism, and are calling for more work on long-term solutions to the refugee crisis, with a renewed focus on improving the situation of refugees in camps in Turkey and countries neighbouring Syria.

And on the VW emissions scandal, while Tory ministers have been twiddling their thumbs and sticking their fingers in their ears, we have been fighting any attempts to water down rules on emissions and have backed stronger clean air legislation.

The prime minister should be spending his time focusing on issues that will benefit Britain and reform Europe for the better. He should be working to tackle the abuse of migrant labour and the undercutting of wages; to complete the single market to boost jobs across the European Union; to reform the EU budget so it is focused on areas that will drive growth; and to take urgent action on the refugee crisis and the future of the eurozone.