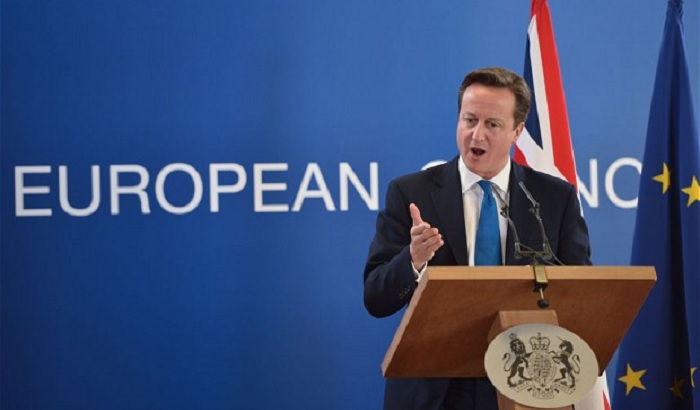 David Cameron this week outlined his demands for EU reform at a summit of Europe's leaders - though it's the plight and possible exit of another country that will be front and centre of everyone else's minds, writes Glenis Willmott MEP.

Greece is in a dire situation. The seesaw of never-ending austerity and bailouts have not worked. Greek debt remains unsustainably high - 180 per cent of GDP - and unemployment, though coming down, is still 25% overall and 50% for youth. This crisis will dominate the summit.

The prime minister must recognise that fact, reflect on it and speak a language his fellow heads of government understand, lest they regard him as the blinkered bystander who'll talk only about what he wants to, ignoring the Aegean elephant in the room.

What's happening to Greece matters. It matters not just to Greeks, and not just the eurozone, but to the whole EU, including Britain. One million Britons a year visit Greece. UK banking is heavily exposed to the eurozone - £7 billion to Greece alone. It's not just good politics for Mr Cameron to work with EU leaders to find a solution, it's in our national interest.

Only by demonstrating his statesmanship on Greece, building bridges and forging alliances, will he be heard on reform.

If he plays it the right way, at the summit and on his tours of Europe's capitals, he will find allies in the quest to make the EU better, but if he plays to the Eurosceptic gallery in the press and his party, ramping up the rhetoric and threatening vetoes, his demands risk being ignored.

The referendum is coming. It will be defining moment for our country, for our economy, how we see ourselves and our place in the world. It is vital for Britain we get this right, working for a reformed EU, and vital the UK not just stays in, but leads.