Labour MEP: A cap on credit and debit card fees will save UK businesses £480m a year 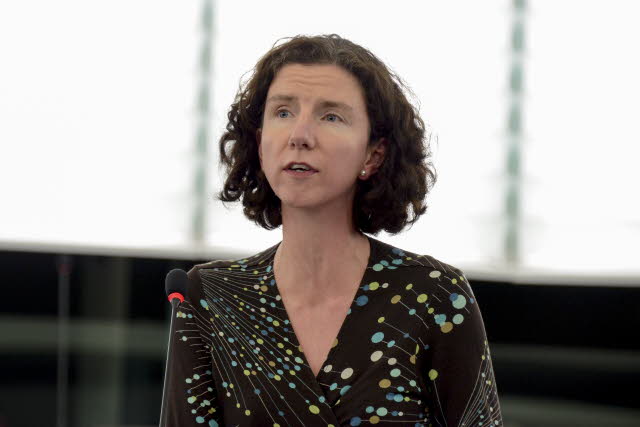 It is incredible to think how quickly we get used to new technology, and how quickly we forget what life was like without it, writes Anneliese Dodds MEP.

Remarkably, it was only as recently as 1987 that the first debit card was issued in the UK, by Barclays. Within seven years, half of all UK adults had one. Just over a decade later, spending on debit cards exceeded spending in cash

In less than 30 years debit cards – alongside credit cards – have become a fact of life for British shoppers.

The problem with things that become part of our daily lives, though, is that we begin to take them for granted, and we stop asking exactly how they work. And when we do that, there is scope for vested interests to take advantage – and make money.

What you may not know, because no one ever tells you, is that every time you use your credit or debit card in a shop, the shopkeeper is being charged for the privilege. Her bank charges your bank for the cost of processing the payment, and the whole thing is administered by the card scheme (the likes of Visa and Mastercard), who pass the cost straight back to the shopkeeper. If the shopkeeper wants to offer people the option of paying by card, then she has to pay.

These charges are immensely frustrating for two reasons. Firstly, the shopkeeper has no bargaining power to bring them down. In most other areas of life, if you are offered a service then you shop around until you find the cheapest and best option. In this case, all the options are expensive.

The banks are the ones who get to choose which card scheme they use – be it Mastercard, Visa or someone else – and, because they make money from the fees charged, they are bound to pick the one with the highest fee. In this world, the card schemes compete on who can be the most expensive.

The second reason is that these charges are completely invisible to you and me as shoppers. The shopkeeper has to recover her costs somehow, and so the card fees are absorbed into the price of the goods. Everything in the shop becomes a bit more expensive, to pay for this unavoidable fee, and shoppers are none the wiser.

Now for the good news: all of this is about to change. On Tuesday of this week, Labour MEPs will vote in favour of a new European law that will cap these fees for good. For debit cards, this cap will be at 0.2 per cent of the overall value of the transaction, and for credit cards it will be 0.3 per cent.

When you think that, right now, British shopkeepers are having to pay up to six times that amount in order to process credit card transactions, then the difference this will make is huge. In fact, the new rules are expected to benefit British business by a staggering £480 million a year. Those savings will go directly to shopkeepers and retailers, who in turn can pass them on to you, the consumer.

This is a great example of the kind of impact that action at a European level can have. Technology can make the world easier, in lots of ways: you can take a small piece of plastic with you on holiday and take money out of a Spanish ATM or pay for dinner in an Italian restaurant. But it can make the world less transparent as well, if we are not careful, as we are often not told how that technology works and whether it is working in our interest.

The vote on Tuesday is a great chance to change that. Labour MEPs will be voting to make shoppers’ lives a little clearer, a little fairer and a lot cheaper.

Anneliese Dodds MEP is a member of the European Parliament economic and monetary affairs committee.