Council agreement is the beginning of the end of EU paralysis on refugee crisis, says senior Euro-MP 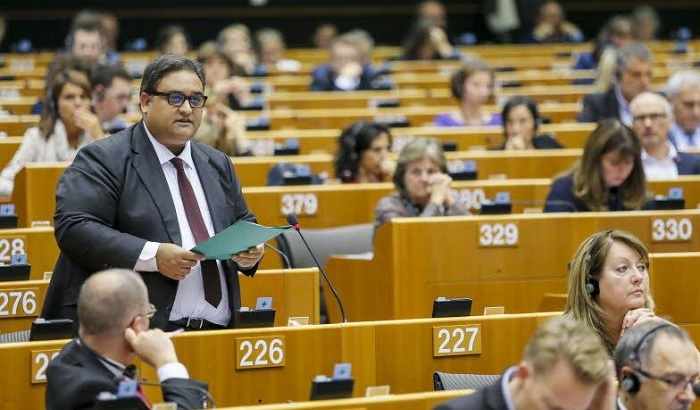 The agreement reached at the European Council last night is just the start of an "organised, fair and compassionate" long-term solution to the refugee crisis, a senior MEP has said.

EU leaders agreed at least €1 billion (£700m) extra will be donated to the UN refugee agency and the World Food Programme; more help for Lebanon, Jordan, Turkey and other countries neighbouring Syria; greater co-operation and dialogue with Turkey; assistance for Balkan states; and strengthened border controls, with more funding for border forces.

Earlier, national governments agreed a relocation plan for 120,000 refugees in Greece and Italy to be resettled throughout the European Union.

"EU leaders are making steps in the right direction, and it is good news a budget has been agreed, but this is only the beginning of the road to an organised, fair and compassionate long-term solution to the refugee crisis. The job is far from done.

"We now need to get to work on delivering a permanent relocation mechanism, to ensure fast and smooth responses to future emergency situations. National governments must help each other at key areas of weakness at the EU's borders, and in the humanitarian effort on a more permanent basis.

"Furthermore, we need to ensure the identification and reception facilities at the "hotspots" in Italy and Greece will be fully functional, and that judicial safeguards are respected in the returns directive, assessing safe countries and providing aid to neighbouring countries housing the lion's share of the refugees.

"The €1 billion extra funding is a welcome start but much more needs to be done to ensure a compassionate and organised response to the biggest crisis in Europe since World War II."