Ending the import of conflict minerals 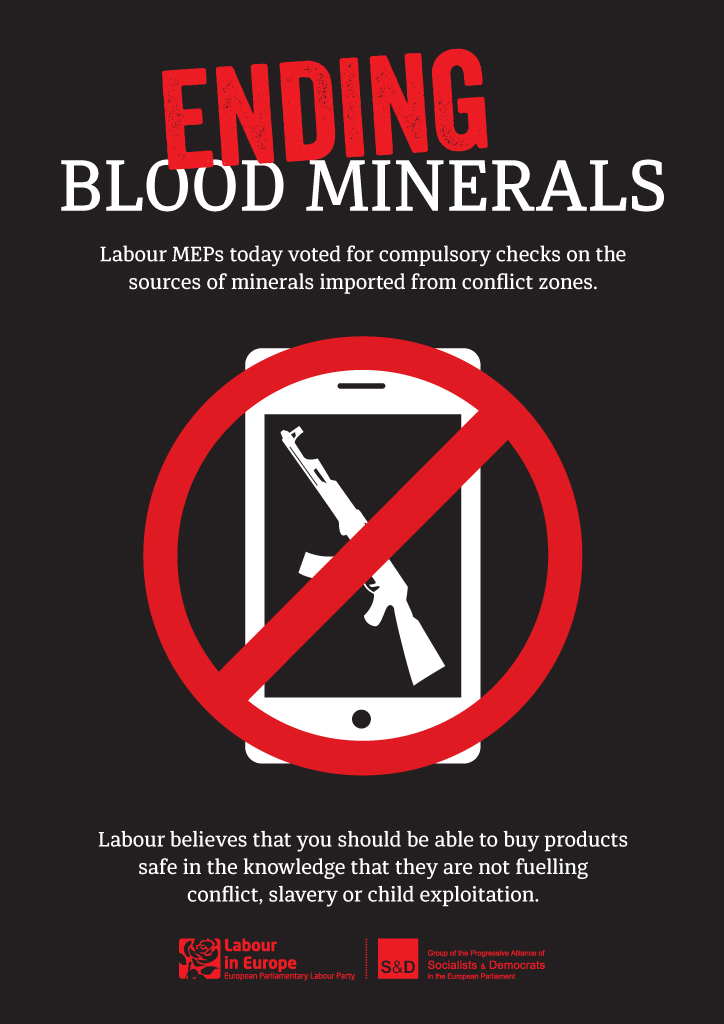 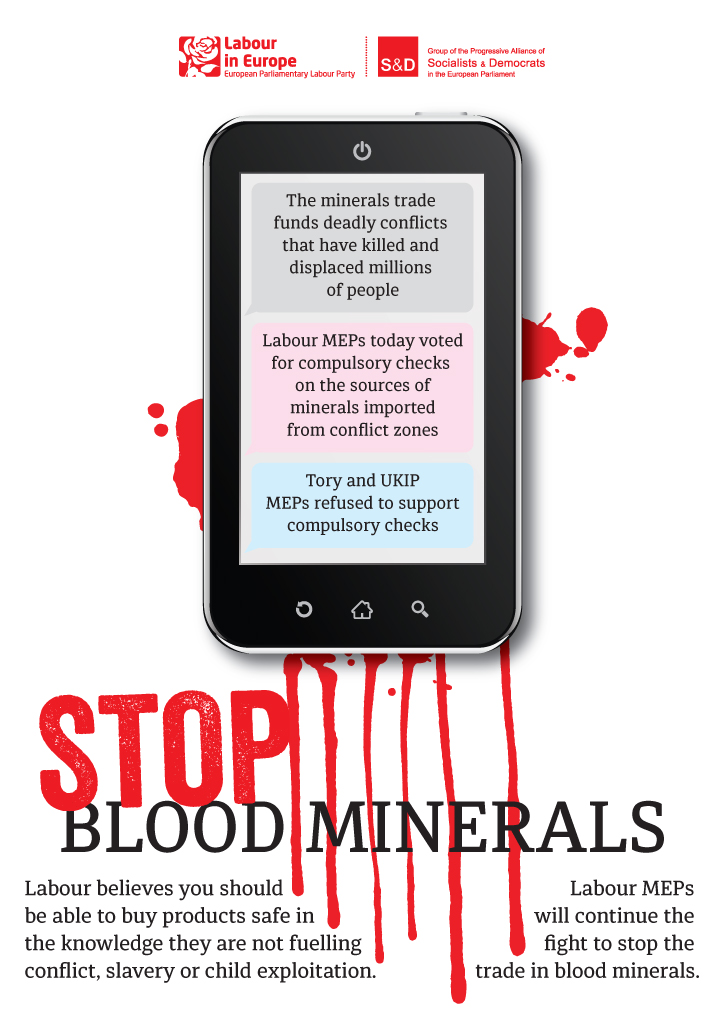 Labour MEPs have voted for the introduction of new measures which would require companies to carry out compulsory checks on the sources of minerals imported from conflict zones.

Some of the minerals imported into the European Union originate from mines situated in conflict zones. These mines are often under the control of rebel militias or rogue governments who use the profits to fund their violent activities. There have been many documented cases of miners and their families being enslaved and exploited, attacked and even sexually abused. Some mines are known to be controlled by child soldiers.

A voluntary scheme was proposed and supported by the Conservatives, but this would only have covered firms that import raw minerals from outside the EU. As these minerals are often used in the production of consumer goods such as laptops and mobile phones, the voluntary scheme could have covered as little as 0.05% of EU companies which handle minerals such as Tin, Tantalum, Tungsten and Gold.

MEPs supported an amendment calling for compulsory rather than voluntary checks by 378-300 votes. This is in line with the recommendations of major organisations such as Amnesty International and Global Witness. Labour MEPs will continue working with the institutions and campaign groups to ensure that this vote is acted upon and that consumers are able to make an informed decision when buying products containing minerals from conflict zones.