Labour MEPs: Clegg must fire "rocket boosters" to save the NHS in any TTIP deal 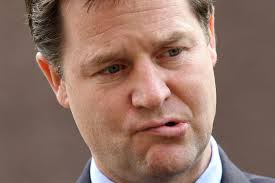 Labour MEPs today welcomed Nick Clegg's pledge never to endorse a EU-US trade deal if it is not "crystal clear that we are allowed to do what we want with our public services", and have also called on the government to follow through in publishing the text of its requested NHS exemption.

The deputy prime minister's announcement comes as David Cameron is expected to renew his pledge to put 'rocket boosters' under the Transatlantic Trade and Investment Partnership (TTIP) at an event organised by the CBI today in Brussels.

"Labour MEPs have been relaying the public's legitimate concerns about the NHS for months, and have strived to convince both the European Commission and the Coalition Government of the absolute necessity to remove all public services from TTIP.

"We've planted seeds in Brussels and London and are now seeing fragile sprouts.  But we are still a long way from harvest.

"Nick Clegg promises a blanket exemption for the NHS, he must now come forward with an actual text and not just talk about it if he wants us to believe him. It's up to him to fire rocket boosters under this proposal".

“If we don’t get a concrete change in the government stance then this is just more empty promises and hot air from Nick Clegg. We’ve learnt over the past four years that you just can’t trust Nick Clegg. I worry that he’s just made this pledge to distance himself from the Tories in the run-up to the General Election.

"It's up to him to fire rocket boosters under this proposal.

“We must also remember that the NHS is being privatised under this Government with the full support of Nick Clegg. Over the past few years half a billion pounds of NHS contracts have been given to private firms. When Clegg says we should have the sovereign right to run the NHS as we wish perhaps what he means is to run it into the ground and sell it off.

“It’s clear the Tories would be happy to have the NHS included in TTIP, that while Clegg is moving in the right direction he cannot be trusted, it is only Labour that has definitively ruled out the inclusion of the NHS in TTIP and the repeal of the Health and Social Care Act."