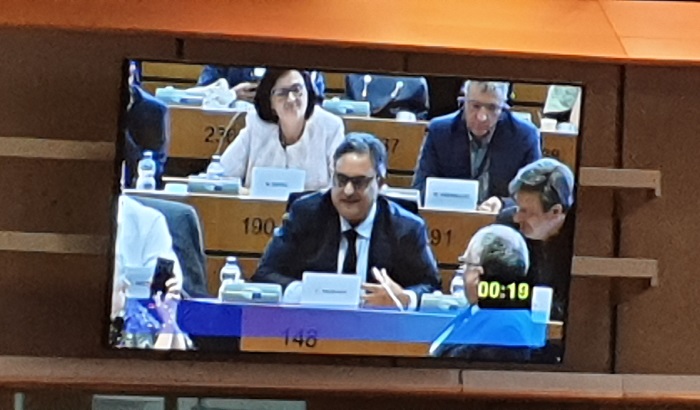 Labour MEP Claude Moraes was today elected as a vice-president of the European Parliament Socialits and Democrats Group, the parliament’s second largest political group. Claude is one of nine vice-presidents elected today, who alongside the treasurer and S&D group leader Iratxe García Pérez comprise the bureau of the socialist group.

“I am deeply honoured to have been elected today and will work with our new team of vice-presidents and our socialist group president Iratxe to ensure our values remain at the heart of all the work and that our voice is heard in the European Parliament.

“Today’s election shows that British MEPs are still valued in the socialist group and in the parliament, and is testament to the hard work our dedicated team of Labour MEPs have put in over the past five years and will continue to over the next five. From protecting and enhancing workers' rights to tackling tax avoidance to having the highest environmental standards, we will continue working to improve the lives of our constituents and our country.

“We face a tough period in the months ahead, and we stand ready. We will continue to fight Brexit with everything we have for however long it takes. Europe's values are our values and we will continue to make the case that we must remain in the European Union.”

“Claude’s election is a measure of the respect with which Labour MEPs in general, and Claude in particular, are held by our socialist colleagues. That solidarity with us extends to our efforts to secure a new referendum and a chance for the British people to decide whether they want to proceed with Brexit, now that it is clear that it bears no resemblance to what was promised”