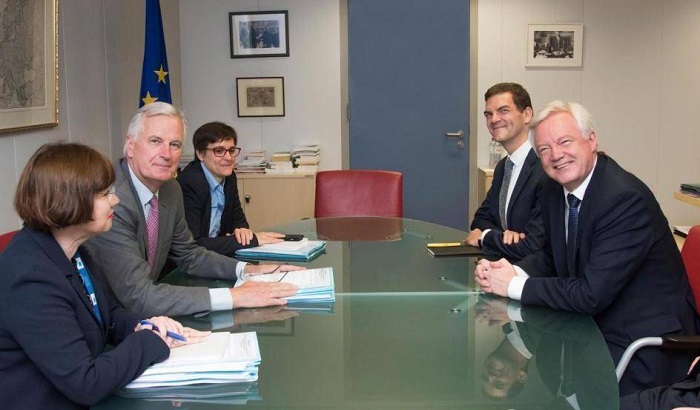 Labour MEPs have called on the government to commission and publish economic assessments of how Brexit will impact each region and nation of the UK.

“It is now more than one-and-a-half years since the referendum, and ten months since the triggering of Article 50, yet your government is still to explain what Brexit will actually look like, and what its impact will be for the people of the United Kingdom. Government ministers are in the process of taking decisions that will have long lasting and far reaching effects for our country – it is only right that those decisions are taken with an awareness of their likely impact.

“As regionally-elected representatives, we believe that it is imperative that an assessment is made of how the different possible paths open to the UK in the upcoming negotiations will affect families, businesses and communities in the British nations and regions - in particular the impact on jobs and the economy.

“Last year an impression was created that sectoral impact assessments of Brexit had been carried out by the Department for Exiting the EU. Based on reports by those who have seen the papers made available to parliament and subsequent clarifications, it would appear that this work has not been undertaken in sufficient detail. It was also recently revealed that the Treasury is refusing to publish documents relating to how a series of possible Brexit outcomes, including no deal, will impact the economy.

“We are therefore writing to you to request that the government produces a thorough impact assessment of the decisions that will need to be taken on Brexit, and crucially that these studies include an assessment of the impacts of Brexit on each nation and region of the UK. After the fiasco of the inadequate sectoral impact assessments, we insist on the need for full and comprehensive regional impact assessments – our constituents need to know the government is considering the impact of Brexit on their local area, and taking this into account in its negotiations.

“The Mayor of London has commissioned studies on the impact of Brexit on the capital. The Scottish government has published a report on the ‘Economic Impact of Leaving the European Union’. It cannot be right that the impact of government decisions is assessed for some parts of the country but not others.

“If the government is to be confident that it is taking the right decisions in implementing the outcome of the EU referendum, it must have an awareness of the likely impact of those decisions on all the nations and regions of the UK.

“This Tory government has made a pig’s ear of Brexit so far, and in failing to commission and publish sectoral impact assessments that are worthy of the name, people and businesses remain in the dark as to what the future has in store.

“David Davis must not only produce the sector-by-sector studies he led everyone to believe existed, but go further and commission analysis on the consequences for each UK region and nation. People and businesses throughout the country have a right to know what will happen to their jobs, their livelihoods, their futures if Britain leaves the European Union on the government’s timetable and to its template.

“It appears that government ministers are taking decisions on the future of the country but have not bothered to examine the likely impact of their decisions, and have been less than transparent about the whole process to boot – just the other week it was revealed the Treasury was joining in the subterfuge, with the chancellor sitting on documents that reportedly examine how a range of Brexit scenarios will impact the economy.

“A recent study found Brexit could cost the UK £350 million a week - three hundred and fifty million pounds, the exact figure Boris Johnson and co told us we’d be getting back if we left the EU. And another analysis revealed areas that voted most strongly to leave would be the worst hit by a ‘no deal’ Brexit, an option that Ukip and many Tories, almost unbelievably, are advocating.

“The bottom line is we need to know what will happen to the UK outside the EU. The government cannot allow the chaos, uncertainty and confusion around Brexit to continue - people and businesses in every part of our country need to know what to expect.”