Labour MEPs: There's still more to do, but Brexit negotiations have progressed, including on citizens' rights 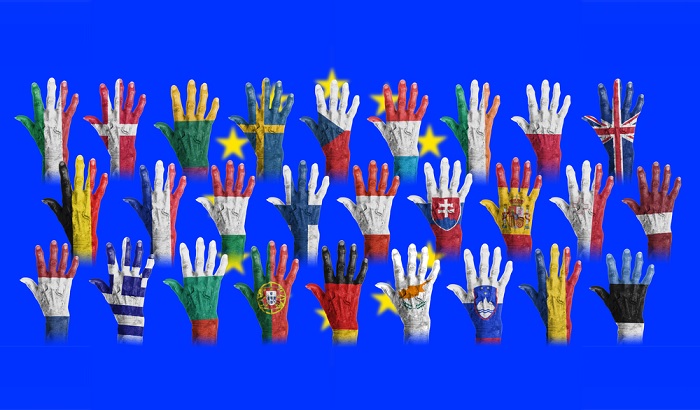 Labour MEPs have accepted that the Brexit talks should move on to phase two but vowed to continue to keep up the pressure, including on the big issue of citizens’ rights, writes Claude Moraes MEP, chair of the European Parliament civil liberties, justice and home affairs committee.

Today, the European Parliament will vote for a resolution recommending EU leaders agree sufficient progress has been made in the Brexit talks to move on to the next phase - but let me be clear, in supporting this, we are not saying the deal agreed last week is in any way perfect, nor are we saying all the phase one issues are completely resolved.

On citizens’ rights in particular, and the impact of Brexit on the lives, livelihoods and futures of the three million Britons in the rest of the EU, and the 1.3 million EU citizens in the UK, there has been progress, but in agreeing that progress has been made, we are not giving a blank cheque to Theresa May and David Davis, and the Commission, nor saying we fully endorse everything in the deal struck last week.

The resolution makes clear that we will continue to push for greater certainty, and, given the Brexit Secretary’s recent comments that the deal agreed last week was “not legally enforceable”, the European Parliament is adamant that we need a legal text guaranteeing what has been agreed. We will continue to argue citizens’ rights should be protected - the Labour Party has always said it would guarantee rights unilaterally from day one, and we are confident that had that government done so, that would have been reciprocated.

Were EU leaders to conclude progress hasn’t been made, we would risk losing the guarantees that have been achieved so far, emboldening the Hard Brexit extremists and increasing the likelihood of no deal, which would delight the Europhobes but be disastrous for all citizens everywhere, particularly Brits abroad and EU and UK citizens in Britain.

As the resolution makes clear, under the deal agreed last week, all EU citizens resident in Britain and Brits in the rest of the EU, “will enjoy the full set of rights established in EU law”; their families and any future children will also be protected; administration procedures will be streamlined and simplified, with family applications considered together; all relevant rights and social security benefits will be safeguarded and maintained; and all the provisions will be incorporated into a specific UK legal act so these rights will have direct effect.

Furthermore, the resolution takes up many of the concerns of citizens’ rights campaigners, which we share, by stressing that we want to see: “a clear and unambiguous legal text” extending coverage of citizens’ rights to future partners; light-touch administration procedures enabling families to initiate action using a single form; the creation of an ombudsman to act on citizens’ complaints; and, crucially, a guaranteeing of the future free movement rights across the whole EU for UK citizens currently resident in the EU-27.

We also need to continue to campaign to ensure that whatever happens in the wider negotiations, citizens’ rights are safeguarded, and these issues should continue to be dealt with as a specific stream of the negotiations in the month to come.

Of course there are many other areas on which there is work to be done in the next phase of negotiations. For example, we are pushing to ensure that any deal does not result in a weakening of standards in the UK on workers’ rights - we will fight to ensure the Tories do not take Britain out of the social chapter, and we will fight to keep other major EU rights such as consumer rights and environmental protections, that many Brexiters are salivating at the prospect of ditching.

Yes, we would have liked more progress to have been made, and for the issues not only of citizens’ rights but Ireland and the financial settlement to have been resolved months ago, instead of dragging on - it’s been eighteen months since the referendum, and nine months since the triggering of Article 50.

That we are still only at this stage is not the fault of the European Parliament, or EU leaders, but entirely a result of the chaotic charlatanry of the Conservative Government, led by a Prime Minister paralysed by fear, and in hoc to the DUP.

And with the much trickier, more difficult work still to come on the final future relationship between Britain and the EU, the fact the Tory Government has taken this long to conclude the first phase will not fill anyone with confidence.