Labour MEP tells European Parliament: "I want to give you here a message of hope... we have a chance to turn this around" 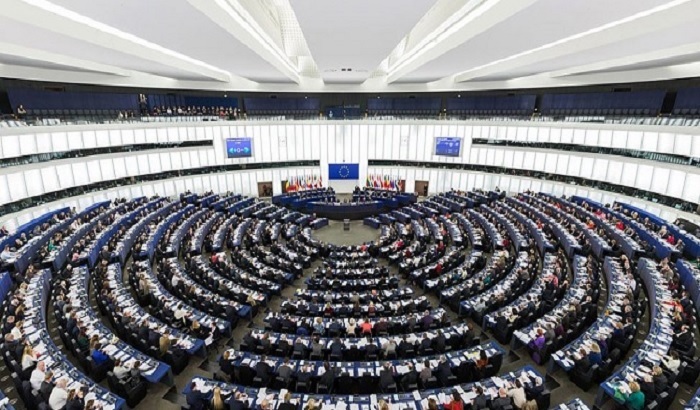 Following the defeat of the Brexit deal in the meaningful vote in Westminster last night, Labour MEPs reiterated calls for a rethink from the UK government, and for the EU to allow more time for a different course.

"Let's be clear about the process that got us here - governing in the interests of the Conservative Party and the Conservative Party alone, and not even being very good at that, has got us to this situation, and we very, very firmly believe that this government has had its day, but that is of course a discussion that has to take place in the UK.

"Whichever party is in power, they will find themselves, when it comes to Brexit, faced with this choice: you either move away from the EU structures, and destroy jobs, destroy life chances, reduce workers' rights and environmental protections, or you stay within the structures of the EU, and lose all say and power over what those structures are. That is the fundamental and unavoidable choice when it comes to Brexit. Neither of those things is right for any country, and certainly not the United Kingdom.

"But I want to give you here a message of hope, because Britain, thanks to the people opposite, and their ludicrousity, we have now got the biggest pro-European movement on the continent. We have millions and millions of people who are prepared now to go out there and defend the values of this place, to talk about, in open terms, about why we are proud of what the European Union has achieved and will achieve.

"We will defend free movement, we will defend what the structures of this place have given not the current generation but generations to come, and the nonsense and fantasies of the people opposite have been found out. There is no majority in the British parliament for no deal, but whether there is a new government, whether there is a new referendum, or whether or not parliament has a majority for another way forward, we must recognise that we might need more time.

"Please, colleagues, do not let the logistics of this defeat the politics of this - we have a chance to turn this around and we need your support and your friendship."