Why are Brexiters so scared of publishing impact assessments? 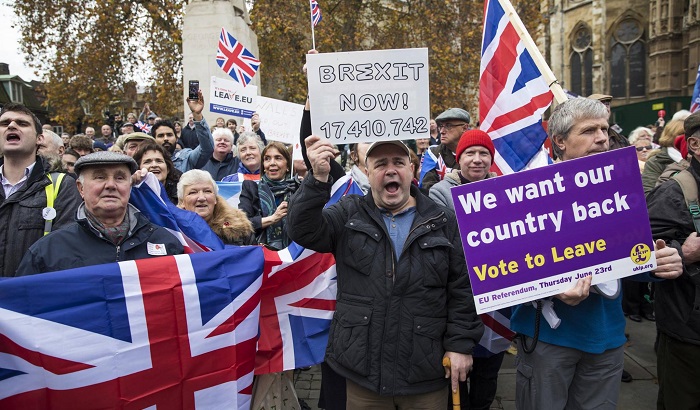 The opposition of Brexiters to the release of government reports on the impact of leaving the EU is just the latest illustration of their panic and fear at all their promises unravelling, writes Richard Corbett MEP, Labour’s Leader in the European Parliament.

If Brexit is going to be so great, why have so many Brexiters been opposed to the government releasing its Brexit impact assessments? Why keep them hidden away if it’s going to be glorious? Why not tell the world? Why not show those who voted Leave that Brexit will be a manifestation of the promises made during the referendum? And why not show the EU that we’ll do spiffingly when we leave thank you very much, deal or no deal?

The truth is, as has become more and more evident as the weeks tick by, that this Tory government will not be able to deliver on the Leave campaign’s promises, and never will – and they have these fifty-eight documents to prove it, a trove of evidence to go alongside all the warnings we’ve seen of the reality of what a disastrous Tory Brexit will look like.

The studies cover sectors representing 88 per cent of the UK economy; if you work there, your government knows how Brexit will affect you - but doesn’t want you to know. From agriculture, animal health and food and drink manufacturing; to the automotive industry; to medical services and social care; to financial services, the 58 sectors covered by the reports map the sphere of the entire UK economy.

And given what we’ve learnt just this week about the impact of Brexit on those four sectors alone, it’s no wonder Brexiters would rather Parliament and the public were kept in the dark...

Throw in the National Institute of Economic and Social Research (NIESR) report that said it is “almost certain” the leave vote has damaged living standards and hit the growth potential of the economy – British households are already each more than £600 a year worse off following the vote to leave the European Union – and it’s hardly surprising the Brexiters are desperate to keep the impact assessments locked up. Even David Davis this week conceded Britain’s Brexit withdrawal agreement is likely to favour the European Union, not the UK, in money terms.

They will do anything to avoid debate on the facts, the evidence, the reality, the rationality of the Brexit course this Tory government is set on, a government and a menagerie of ministers groping around trying desperately to evade scrutiny from parliament and the public.

And no, the release of these documents will not weaken the UK’s hand in the negotiations, a hand that is being weakened daily by the chaos and confusion, disaster and division at the heart of the Tory government – the reports will not make any difference to the UK’s position, the facts will remain the facts, the dynamics of our economy and its interconnectedness with European markets will not be altered by publication. What they really fear is that public opinion will change, as voters learn more about the impact of Brexit on their everyday lives.

As Keir Starmer said, it is completely unacceptable for the Tories to spend months avoiding scrutiny and trying to keep the public in the dark. Ministers cannot continue to withhold vital information from Parliament and the public about the impact of Brexit on jobs and the economy – it’s time for them to fess up and face the music.

Richard Corbett MEP is Labour's Leader in the European Parliament