Labour MEP: "Nemtsov may have been silenced by an assassin's bullet - we will not be silenced" 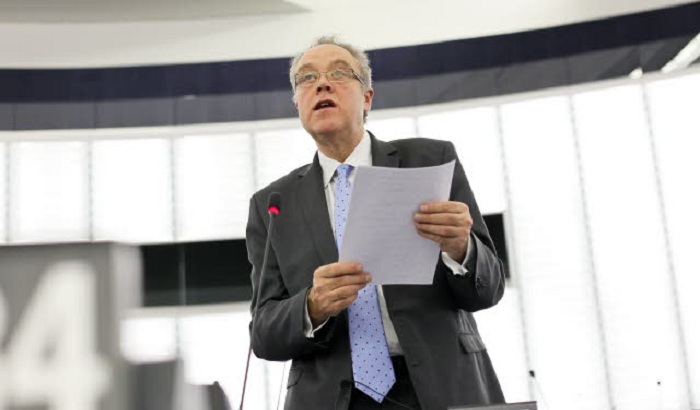 MEPs united today to express solidarity with Boris Nemtsov, who was assassinated on the streets of Moscow two weeks ago.

The debate followed a statement from EU High Representative Federica Mogherini on the muder of Mr Nemtsov and the state of democracy in Russia.

"To those in Russia, watching or reading this debate: we support forces of democratisation in your country as in all countries.

'To those in government, that does not mean we are against you: indeed in this resolution we reiterate that we wish to restore relations with you.

"But this has to be based on respect for democratic values and the rule of law, principles which are our mutual obligations as fellow members of the Council of Europe and signatories to the International Convention on Civil and Political Rights.

"As my Group has said before, in an atmosphere where nationalistic fervour is being generated, we have to be careful in the language we use in order not to add to that fervour but to challenge it.

"But we will speak out.

"Boris Nemtsov may have been silenced by an assassin's bullet.

"We will not be silenced."

"This European Parliament regularly and rightly draws attention where people anywhere in the world lose their life because of their political beliefs or the defence of human rights.

"Today we mourn the death of Boris Nemtsov.

"We express concern that he may have died partly because he was prepared to be a different voice within Russia on the current situation in Ukraine - not least because he said himself he had received death threats because of this last year.

"If international visitors are blocked from attending even the funeral, it gives little confidence that the investigation can be open to external scrutiny and will meet international standards.

"It is also difficult to believe in the guilt of the alleged suspect who has been arrested and accused of being a terrorist, when that person has a record as the loyal deputy commander of an elite counterterrorism unit in Chechnya."