Labour MEPs: Dithering Johnson's failure to apply for EU funds to help flood victims will hit the poorest most 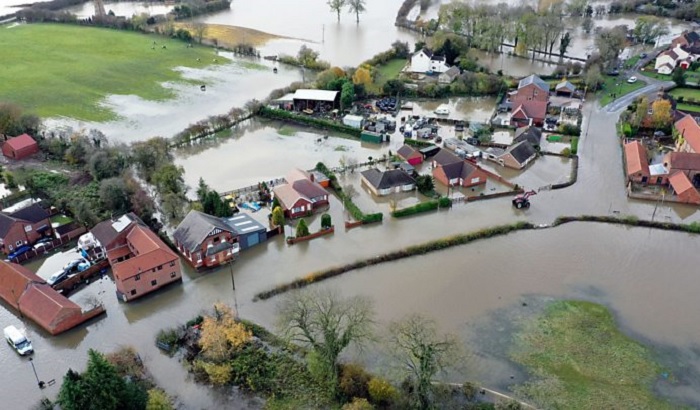 Labour MEPs have written to the prime minister urging him to apply immediately for EU funding to help communities hit by flooding.

The UK is entitled to apply for the European Union Solidarity Fund, a fund which is available to EU countries hit by natural disasters. This year alone, Austria, Italy and Romania have all received funding.

Communities in Yorkshire and the Midlands in particular have been hit by extreme weather conditions. More than 1,200 properties including homes, schools and businesses have been evacuated over the last week.

The government’s response to the initial disaster was slow, and Labour MEPs remain concerned that it will delay applying to the European Union Solidarity Fund until the last minute, just as it did in 2015.

“The government should be aware of its existence, as Labour MEPs also urged the government to apply for such funding in 2015, after the north-west was hit by Storm Desmond, which it did belatedly.

“However, we urge you this time not to wait until the eleventh hour to seek help from our friends and partners in Europe.”

On the government's delay in applying for funds, Richard Corbett MEP adds:

“Labour MEPs have worked to provide local councils with information on the fund but it is the prime minister that needs to make the application. Boris Johnson needs to act to ensure these communities get the full support they are entitled to in their time of need.

“My fear is that Johnson, for political reasons, does not want the public to see benefits from the EU. He’d rather that flooded communities forgo the money - and as always under this Tory government, it is the poorest, those in greatest need of help, who will be hit most.”

“Homes and business premises across parts of the East Midlands and Yorkshire have been wrecked by recent flooding. Local councils are doing excellent and important work to provide people with support and to co-ordinate clean-ups. The government should be ensuring all possible support and funding is provided to local areas to recover from these floods.

“The UK has paid into the EU budget which funds the European Solidarity Fund, it would be ludicrous and unacceptable if, for whatever reason, the government does not seek to secure funds for areas hit by recent flooding."