Twelve months on from triggering of Article 50, the consequences of a Tory Brexit keep rolling in 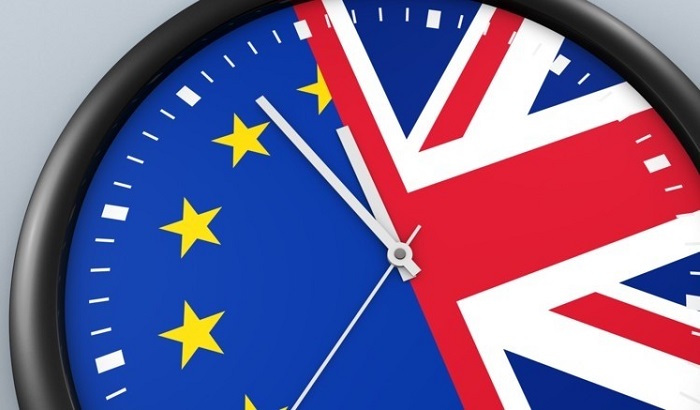 With one year to go until the planned date of Brexit, the news from the past week (as it does seemingly every week) sums up the reality of the past year and is a harbinger of things to come as the clock ticks down to a Tory Brexit, writes Richard Corbett MEP, Labour’s Leader in the European Parliament

From allegations of Vote Leave deceit to the latest warnings on the economy and the dawning realisation the UK faces being frozen out of beneficial EU projects, the past week’s Brexit stories are a microcosm of the past year’s reality for the UK since the triggering of Article 50.

Here are five key areas which best sum up the consequences of the Brexit future the Tory government is dragging us towards:

1. The unending unravelling of the leave campaign: From the morning of June 24 onwards, when Brexiters started rowing back on the promises they made during the referendum, especially the signature ‘£350 million a week for the NHS’ pledge, and Vote Leave deleted its website, all the way through to the present day, their duplicity and deceit has been exposed ad infinitum.

These latest allegations of meddling, dirty tricks and even possible criminality once again reveal them for the charlatans they are.

2. The looming loss of UK influence: The unanimous EU support for the UK over Russia, and the action taken by several EU countries to expel diplomats, once again shows who our real allies are. Having a seat at the table at the EU summit last week helped secure this support - indeed, some leaders only learnt the full details of what happened from talking to the prime minister - further highlighting the benefits of maintaining the closest possible relationship with our EU partners.

Also this past week, the EU secured an exemption from US tariffs on steel and aluminium, which the UK has been pushing for, once again highlighting our influence within the EU and the strength of the EU’s wider influence.

3. The looming loss of access to EU projects and programmes: It was reported this week that the UK faces being excluded from the EU’s €10bn Galileo and €4bn Copernicus space projects after Brexit. Copernicus will provide unparalleled real time information on weather changes, environmental threats and maritime, while Galileo provides governments with accurate positioning and timing information. As well as posing a security risk for Britain, losing access to these programmes could lead to the loss of high-quality technology jobs in the UK.

Also this week, the EU confirmed that, as of April 1, EU citizens will be able to access their online digital subscriptions like Netflix anywhere in the EU while travelling abroad - but if the UK leaves the digital single market, as May plans, British citizens could lose out, as well as facing the reimposition of mobile phone roaming charges.

4. Continued confusion on citizens’ rights: The transition agreement approved last week failed to answer the question of what will happen after, and still leaves the 1.3 million UK citizens in the rest of the EU and 3 million EU-27 citizens in the UK in long-term limbo. British nationals living and working on the continent say they are “entirely in the dark” over their future status, which remains clouded in uncertainty. Issues unresolved include the right to onward free movement from one EU country to another to visit or temporarily live and work there, recognition of professional qualifications, and the ability to provide services to another country.

Labour would have delivered an early reciprocal deal, guaranteeing rights on all sides, but instead, under this Tory government the uncertainty goes on.

5. More evidence of economic damage: This week, the trade association for the car sector said a cliff-edge Brexit would be disastrous for one of the industry, which employs hundreds of thousands of people and delivers an annual £22.8 billion directly to the Treasury. The Society of Motor Manufacturers and Traders, which has warned Brexit could lead to a two-year fall in car sales of around 11 per cent in total, said the UK’s continued ability to trade freely with the EU is essential. Experts have also warned that dozens of the EU’s trading partners could impose tariffs on UK exports next year - about 70 countries holding free trade agreements with the EU may refuse to recognise the UK as covered by these deals, even during a transition. And a report from the Migration Advisory Committee said restricting immigration from Europe after Brexit is very likely to lead to lower growth in total jobs and in the output of the UK economy.

Remaining in the customs union and retaining the benefits of the single market, as Labour has proposed, would maintain full access to European markets, no new impediments to trade and no drop in existing rights, standards and protections, yet the Tory government continues to rule those options out.

Unless the prime minister takes back control from the Brextremists in her ranks and reverses her approach and starts acting in the national interest not the interests of party management, the next 12 months will only get worse. In failing to act and reconsider her red lines, she is either being wilfully ignorant of the consequences that will inevitably stem from the decisions she is taking, or she is betraying Britain and knowingly leading the country down a path to disaster. Such a costly, damaging Brexit cannot be supported.