Labour MEPs: Brexit extension gives us time to go back to the people 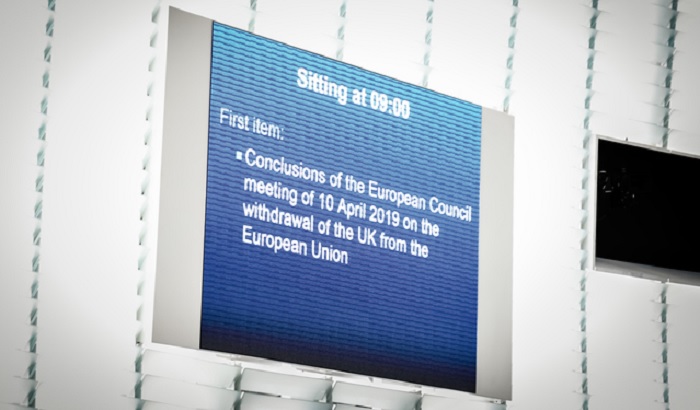 The Article 50 extension gives the UK the time to go back to the people and end the Brexit mess, Labour's Leader in the European Parliament told MEPs today. MEPs were debating last week's European Council, which agreed a six-month extension to October 31, with the session beginning with MEPs uniting to mourn yesterday's Notre Dame tragedy.

"Thank you, and may I also join those people who have commented on Notre Dame, and in particular your words, Mr Tusk, on sharing the pain of the French people when you said “we are bound by more than just treaties”. That's very true, and that's why I was so shocked, when you said that, that Mr Farage, who is no longer with us as usual, shouted out at that point "rubbish". I think that illustrates the attitude of some of those on that side of the house.

"Remember they told us it would be easy; well it's turning out to be pretty complicated. They told us it would save lots of money that would all go to the National Health Service; it's turning out to cost a fortune. They said there'd be new trade deals ready with countries across the planet to replace any lost trade with Europe, in fact we're losing all the trade deals we have via the European Union if we go ahead with Brexit.

"But I'm a bit surprised that Mr Verhofstadt and some others in this house were afraid of those elections. There's no need to be afraid. The majority of British Members being returned will not be of the ilk of those on that side of the house! But, in any case, Brexit - the European Union losing a member state for the first time in its history - the consequences of that decision are far more significant than the inconvenience of one group having a few more members than another group in these elections. Have a sense of perspective!

"This extension must be used, as Mr Tusk rightly said. I have no great hopes for the talks between the two front benches, because Mrs May cannot move position without rebellion in her party. But it does give us the time to go back to the people and end this damned mess that we have got ourselves into!"