A stronger ban on the trade in seal products 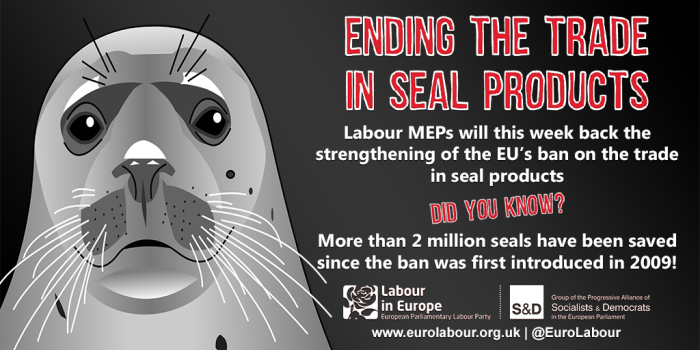 Labour MEPs voted in September 2015 to strengthen the EU's ban on the trade in seal products, aligning it with World Trade Organization (WTO) standards.

Since the ban was first introduced in 2009 it is estimated that over two million seals have been saved from being clubbed to death or shot and left to bleed to death. By strengthening the EU ban it will be possible to save millions more of these animals from being hunted and subjected to a barbaric death.

Labour MEPs welcomed the outcome of the vote as yet another example of how the European Union plays a leading role in advancing animal welfare through constructive international cooperation.

Banning the cloning of farm animals 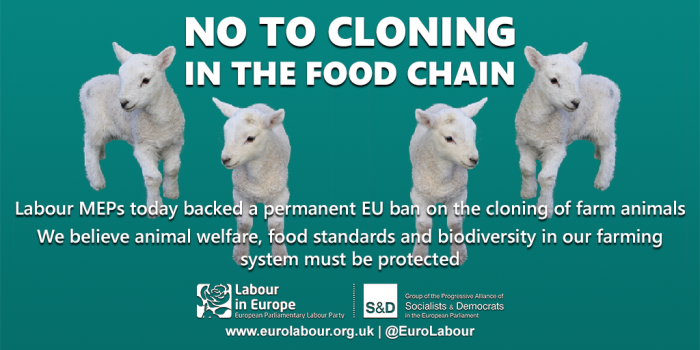 Labour MEPs also recently backed the introduction of an EU ban on the cloning of farm animals. The ban will stop cloning in animal production for farm purposes of all animal species, as well as covering food products derived from animal clones or their descendants. Cloning for research, medical or conservation purposes will continue to be permitted.

Labour MEPs supported the cloning ban due to strong concerns over the welfare and conditions of cloned animals. The new restrictions will not only uphold animal welfare, but will also protect Europe's high food standards and ensure biodiversity in the farming systems of EU countries.