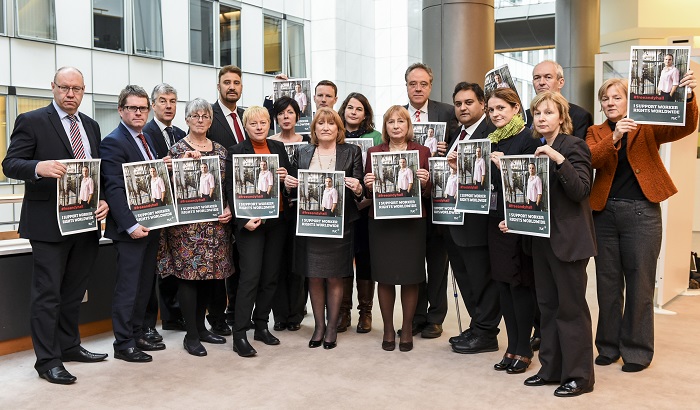 Andy Hall is being tried by the authorities for criminal defamation and 'computer crimes' after raising instances of modern slavery in Thailand. He has fought to protect human rights in south east Asia for the past 10 years and took part in key research which documented the dreadful treatment of migrant workers in a large Thai company.

Andy's passport was confiscated by the Thai authorities and he has been forbidden from leaving the country. With four separate charges, countless appeals, demands for false confessions and reports of witness intimidation, Labour MEPs and the TUC are calling for this harassment to end, and for the EU to put pressure on Thailand.

"The harassment that Andy has been subjected to by the Thai authorities is completely unacceptable.  I have raised Andy's case straight to the most senior foreign representative in the EU.

"We highlighted Andy's plight again in an urgent debate in the European Parliament and called on the Thai authorities to end this harassment immediately. Human rights are top of the EU agenda and we will continue to call for decent working rights for all workers across the globe.

"To be faced with seven years' Hell in a Thai jail for the 'crime' of standing up for human rights, in 2016, defies belief. The Thai authorities must grant him freedom immediately."

“If modern slavery is to be eradicated from global supply chains, unions and campaigners must have the right to speak out. The number of court appearances Andy Hall has had to make - in none of which he has been found to have broken any laws - show that this is nothing more than judicial harassment.

"Thailand’s Attorney General should be ashamed of helping bad bosses keep up their appalling practices, and the Thai government should be cracking down on slavery and trafficking, not on human rights defenders and trade unions."

"Not only a researcher but also the justice system is on trial. Undertaking research on migrant worker conditions and seeking to strengthen migration policy and the rule of law in Thailand should not be a crime.

"I am determined to continue my important work to promote and protect migrant rights despite this ongoing harassment."

The trial begins on Monday (18 January).