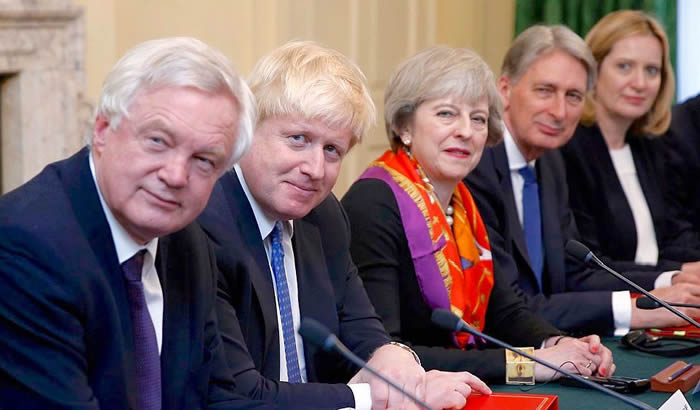 As the clock ticks down towards the new year, we look at some of the major Brexit battlegrounds of 2018... Part three: The fight to protect workers’ rights:

Labour MEPs in the new year will continue to fight any attempt by Tory ministers and MPs to undermine workers’ rights after Brexit.

Throughout the Brexit process, Labour MEPs have worked to defend our hard-won workplace rights from attacks by Tories and their allies in Ukip and the right-wing press, and will continue to do so in the new year. We will fight to ensure any deal does not result in a weakening of standards in the UK on workers’ rights, something many Brexiters are eager to do.

This month, for example, it was reported that ministers including Boris Johnson and Michael Gove were plotting to axe the working time directive, the EU-derived legislation that ensures no British worker can be forced by bad bosses to work more than 48 hours a week. It also guarantees paid holiday – which hundreds of thousands of part-time workers, for example, didn’t get before it was adopted – plus rest breaks, and days off.

The threat to the working time directive comes despite claims from leave campaigners during the referendum that workers’ rights would not be under threat if Britain voted to leave, and the repeated assurances from the prime minister that the government will protect workplace rights after Brexit.

Meanwhile in the European Parliament, Tory MEPs recently failed to back new EU laws that will protect millions of workers across Europe from exposure to substances proven to cause cancer. The law will restrict the exposure of workers to carcinogenic and mutagenic substances by setting new and stricter limits for substances which can cause cancer and reproductive issues in both men and women.

These new measures will save hundreds, if not thousands of lives, and save thousands more from living in pain. People employed in the healthcare sector, construction, wood-related industries, the paper industry and the chemical industry will all benefit from these greater protections – yet the Tories failed to back the measures, a harbinger of things to come under a Tory Brexit.

And looking ahead, the European Union is set to take action to protect workers on zero-hours contracts and people working in the gig economy. Just last week, for example, the European Court of Justice ruled that Uber is a traditional transport business, which should lead to greater protection for its drivers, and the European Commission proposed new rules on training and overtime to improve conditions for up to six million casual workers who face low job security, poor social protection and little access to training.

Labour MEPs will continue to not only fight to maintain our existing workplace rights, but to support new measures and push for UK workers to enjoy any new protections.

Unscrupulous employers exploiting workers in the UK in a race to the bottom after Brexit; fewer rights; fewer holidays; lower pay; discrimination against part-time workers; bosses sacking women for getting pregnant... None of that was on the side of any buses during the referendum campaign, and it is certainly not what people voted for, yet it could be the state we end up in if leading Brexit campaigners like Nigel Farage, Jacob Rees-Mogg and Johnson and Gove get their way on the Brexit deal.

From a minimum four weeks’ paid holiday to a right to parental leave; from extended maternity leave to a new right to request flexible working and the same protection for part-time workers as full-time workers, our EU membership has given British workers priceless protections. We’re going to fight the Tories all the way to ensure we keep them.