Labour MEPs will continue to fight for the right of UK and EU citizens to live, work, study and travel throughout the whole of the EU 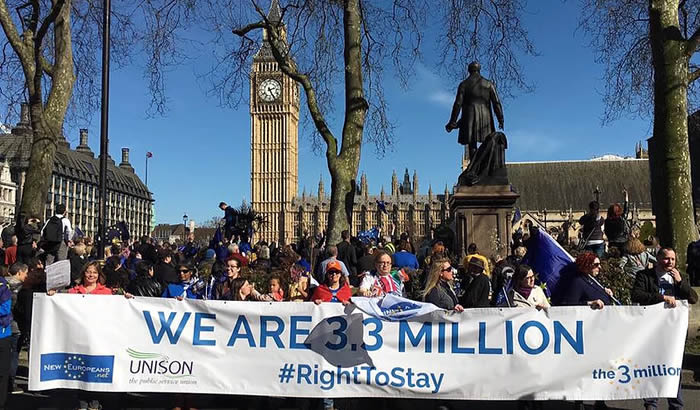 As the clock ticks down towards the new year, we look at some of the major Brexit battlegrounds of 2018... Part one: The fight to protect citizens’ rights:

Labour MEPs in the new year will continue to work to ensure there is certainty and protection for EU citizens in the UK and Brits in the rest of the EU.

Brexit has created a great deal of uncertainty for people in the UK and the rest of the EU, especially for the three million EU citizens that work and live in the UK, and the 1.3 million British citizens residing in the EU-27. They are worried about their future, and fearful of what may happen to them and their families, and that is why, throughout 2017, we have worked to make sure citizens’ rights have been a priority of the negotiations, and have sought to exert influence throughout the talks, working alongside our sister party colleagues to present our concerns and stress the importance of citizens’ rights to EU chief negotiator Michel Barnier.

Make no mistake, the influence of the European Parliament is being felt. Already, EU and UK negotiators have agreed that all EU citizens resident in Britain and Brits in the rest of the EU “will enjoy the full set of rights established in EU law”; their families and any future children will also be protected; administration procedures will be streamlined and simplified, with family applications considered together; all relevant rights and social security benefits will be safeguarded and maintained; and all the provisions will be incorporated into a specific UK legal act so these rights will have direct effect.

However, more needs to be done as the talks progress, and MEPs are adamant that we want to see a clear and unambiguous legal text extending coverage of citizens’ rights to future partners; light-touch administration procedures enabling families to initiate action using a single form; the creation of an ombudsman to act on citizens’ complaints; and, crucially, a guaranteeing of the future free movement rights across the whole EU for UK citizens currently resident in the EU-27.

And in the new year, the European Parliament civil liberties committee will hold a hearing on Brexit with experts and civil society organisations in February 2018, at which we will scrutinise progress on outstanding issues and new developments in the negotiations.

That citizens have been used as bargaining chips in the negotiations is disgraceful, and could have been avoided had the UK government acted differently at the start – we are now one-and-a-half years on from the referendum, and it has been nine months since the triggering of Article 50. The Labour Party has always said it would guarantee rights unilaterally from day one, and we are confident that had that government done so, that would have been reciprocated.

Labour MEPs will keep fighting for EU citizens in the UK and British citizens in the rest of the EU – we will make sure the British government and EU Commission do not lose sight of what this means for people who wish to continue to enjoy the right to live, work, study and travel throughout the whole of the European Union.