Labour MEPs pay tribute to Sakharov Prize winner Raif Badawi: "We honour him. And in awarding this prize, we honour life itself" 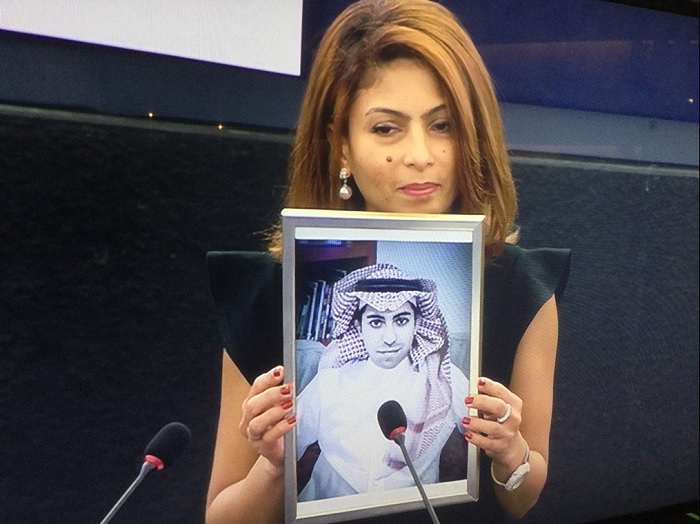 Labour MEPs have paid tribute to Raif Badawi and vowed to carry on the fight for freedom as he was awarded the Sakharov Prize for Freedom of Thought.

Raif is the Saudi Arabian blogger, writer, activist and creator of the website Free Saudi Liberals, who was sentenced to 10 years in jail and 1,000 lashes for insulting Islam.

His award was received by his wife Ensaf in the European Parliament today.

"Ensaf, it is wonderful you can be with us. But all of us wish it would not be in these circumstances.

"I want to assure you that on behalf of the British delegation and the UK Labour Party we stand in full solidarity with Raif. And will continue to raise his case at every opportunity.

"We can’t begin to imagine the pain that you and your family are going through.

"But rest assured your fight against this persecution makes us more and more determined to fight at every level to see Raif released.

"I hope the Sakharov Prize helps his campaign and can play some part in making sure that you, your family and Raif are soon reunited."

"We back Raif's campaign for freedom. Freedom for himself, freedom of expression for his country. The award of the Sakharov Prize shows we will continue to campaign with Ensaf until Raif is free.

"We call on His Majesty King Salman to uphold human rights by granting him a pardon.

"For Ensaf, who is forced to receive this award on behalf of Raif, the one prize she most wants is freedom for her husband.

"The pain she wants to alleviate is that of the barbaric punishment being meted on him. The pain we hope this prize may also help lift for Ensaf and her children, is that felt from being separated from a husband and a father.

"Ensaf wrote a book, 'Freedom for Raif Badawi, the Love of My Life'. This week we honour her love for him. We honour him. And in awarding this prize, we honour life itself."