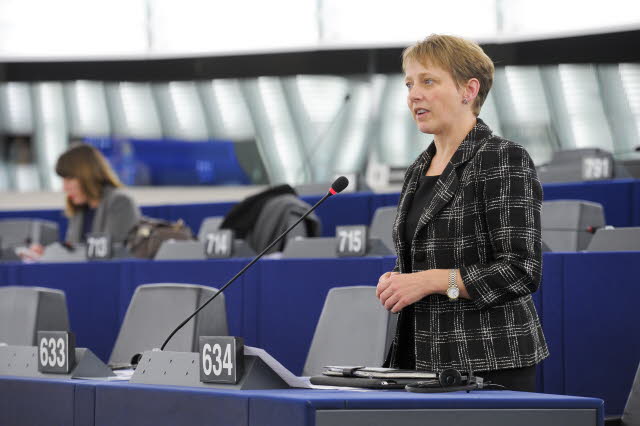 Labour MEPs have backed moves to prevent millions of pounds intended to help ‎some of Britain's poorest areas from being lost after failures by the British government left huge sums unspent in 2014.

‎The 29 April vote in the European Parliament will ensure that unspent money in the EU's regional development programme is carried forward into 2015 so it can still be used to support projects across the UK.

For the UK a total of €1.25 billion (approximately £0.89 billion) from the European Structural Funds was not used after delays in concluding agreements with the European Commission on how the funds, which are intended to support local projects to boost economic growth, would be managed.

English regions were particularly badly hit by delays because the Conservative-led government had failed to plan for how funds would be managed following their decision to scrap the regional bodies that had coordinated this funding in the past. These programmes were agreed last year for Scotland, Wales and Northern Ireland.

While the government had claimed that Local Economic Partnerships (LEPs) would take over this role from Regional Development Agencies, the way in which the LEPs were introduced meant that the government could not provide the assurances needed by the European Commission to unlock the funding.

Money has only recently been unlocked after the government centralised much of the management of the funding in England, taking control out of the hands of most LEPs.

Clare Moody MEP, Labour's spokesperson on the European Parliament Budget Committee, said: "Today we have managed to ensure that European money intended to boost economic growth across the UK will not be lost - but it should never have got to this.

"Local businesses and organisations are only now just starting to apply for funding that could have been invested in projects last year. On top of that, in most cases decisions on how the money will be allocated will not be taken by people living and working in the areas that the money is targeted to help.

"These programmes, which are all about boosting local economies, creating jobs and tackling economic inequality, are positive examples of how the EU budget can make a real difference for British people. It is good that we have unlocked this funding today, but the government has questions to answer on how they have managed this process."

In other EU budget votes today Labour MEPs voted against proposals for an above inflation increase to the European Parliament's own budget for 2016. Clare Moody added: "We shouldn't be increasing the Parliament's budget at this time. Labour MEPs believe savings could be made to this budget by ending the wasteful Strasbourg sessions and cutting some projects not directly related to the European Parliament's work. We should be focussing efforts on other areas of the EU budget, such as science and research, investments in infrastructure and other strategies aimed at the creation of jobs and growth."